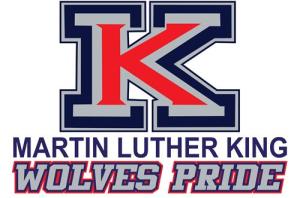 Shortly after opening in 1999, Martin Luther King High School became a Riverside County basketball darling, winning a host of league championships, CIF divisional titles, and a State championship, under the direction of former head coach Tim Sweeney.  This year his former assistant, coach Jeffery Dietz has taken over the ranes and aims to build on their great tradition of success.  His talented roster of emerging players will surely turn some heads this season in their pursuit to hang another championship banner in the gym.  Many know King as the former stomping ground of NBA players like Kawhi Leonard (Spurs) and Tony Snell (Bulls), but this class is looking to make a name for themselves.  Coach Dietz admits that they are a young group who still needs to be battle tested, but they are anxious for game day.  He was kind enough to answer a few questions for us below.  Be sure to check out his responses and the Wolves this season.

We have several underclassmen that are really going to help our team succeed.  As a whole we are young group.

Work hard and give good effort – success will follow

We use the big picture concept.  Neither success or failure are final – the group just need sto stay focused on playing hard and for each other.

Learn how to play good ball defense. Contain your player!